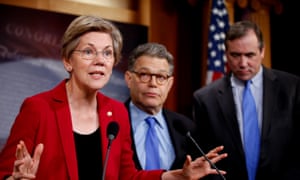 There seems to be no end to the number of insults that are tailor-made for women. And for those who decide to run for office, the sexist slams seem to never end. For as long as women have wanted to have a voice in our political process there have been men looking to shut them up with slurs and condescension. And it shows no sign of stopping,  or even slowing.

The first woman to run for president of the United States, Victoria Woodhull (who ran before women even had the right to vote), was called “Mrs Satan,” a witch and a “harpie.”  Geraldine Ferraro, the first woman to run for vice-president, had her abilities constantly questioned and was frequently referred to as Ms or Mrs instead of “Congresswoman.” Decades later, when Sarah Palin was a vice-presidential hopeful, she would have to endure sexualized insults, including having a sex doll modelled after her.

Political name-calling came way before women started running for office though:  sexist slurs were standard as soon as the  “fairer” sex started fighting for the right to vote (they’re way too soft and pure for politics, it was said at the time). Suffragists were portrayed as ugly and emasculating, setting the stage for decades worth of anti-feminist stereotypes.

It continues today. Elizabeth Warren has been called “Granny,” and female senatorial candidates get asked if they read Fifty Shades of Grey.

And of course there’s Hillary Clinton. There is perhaps no female politician in history who has endured the same volume of sexist slams:  Trump’s “schlonged” comment may be one of the worst, but it’s hardly the first.

Clinton has been called a bitch, hysterical, emotional and has had a nutcracker fashioned in her image. For decades the media has waxed poetic on her choice of hairstyle, hair accessories, favorite clothing and “aging” face. (Rush Limbaugh famously said:  “Will this country want to watch a woman get older before their eyes?”

During the 2008 election, she was heckled by a misogynist audience member who yelled out “Iron my shirt!,” had her laugh mocked as a “cackle” and newspaper covers dedicated to her supposedly emasculated husband. As Sady Doyle wrote in a brilliant piece recently, “Anything she does is wrong.”

Even women who haven’t run for office but are in the political spotlight nonetheless have felt the wrath of a culture that hates women in the public sphere. Michelle Obama has been hit with both sexist and racist slurs, from being called “Obama’s Baby Mama” to an “angry black woman.”

Perhaps worse than the insults themselves is that the name-calling works: a 2010 study found that sexism directed at women in politics actually hurts them at the voting booth, as does ignoring the slurs instead of calling them out.

Thankfully we’ve entered an age when women who run for office or are in the public eye can start to name and point out misogyny. The sexism that was commonplace in 2008 will not be tolerated in the same way this time around for Clinton, and feminism’s foothold in culture right now will hopefully ensure that sexism in politics hurts the men who peddle in it more than the woman who are its victims.

But so long after women entered the political arena, it’s distressing to see the same tropes, stereotypes and names still lobbed at women. That some men are as afraid of women in power as they were years ago. What’s the name for that?