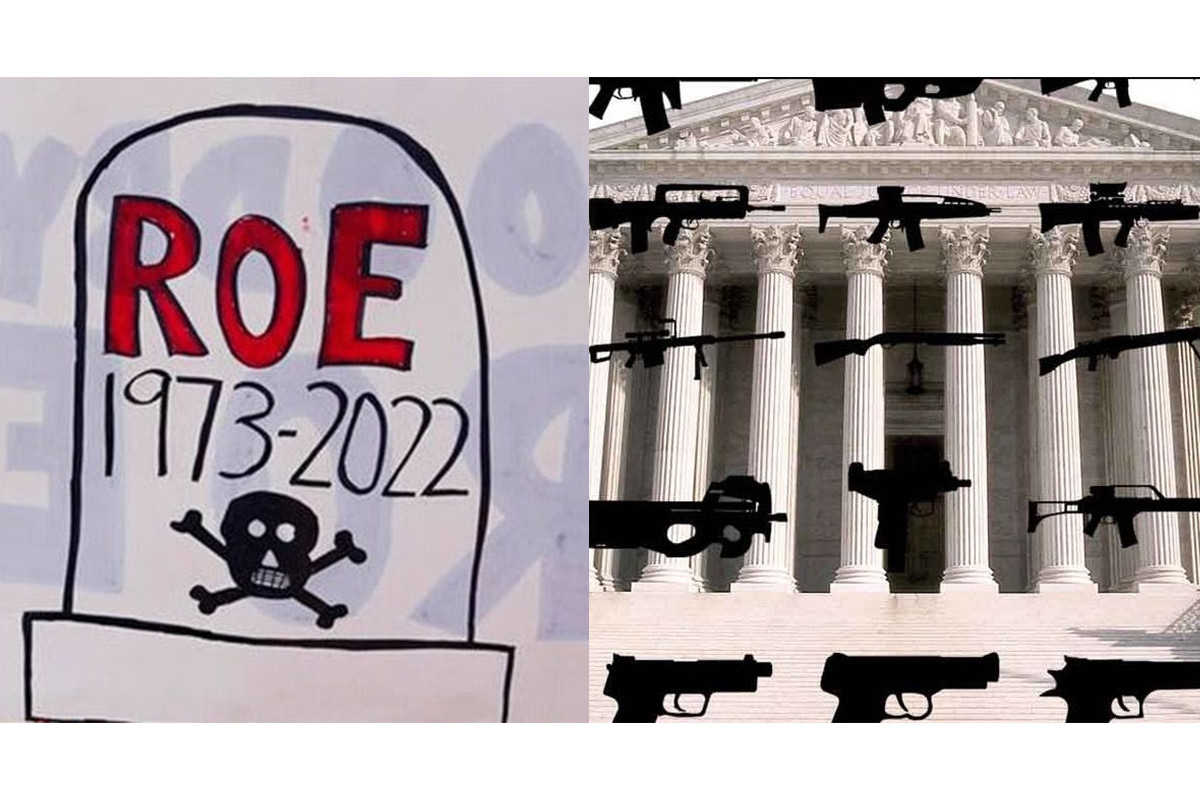 The Supreme Court Has Just Stolen The Power From The People

June 24, 2022 – This morning The Supreme Court  overruled Roe v. Wade, eliminating the constitutional right to abortion after almost 50 years, in a decision that will transform American life, reshape the nation’s politics and lead to all but total bans on the procedure in about half of the states. (NYT, 2022)

Yesterday morning they put more guns in the hands of New Yorkers. Both rulings were foisted upon the public by a 6-3 vote with Sotomayor, Kagan, and Breyer as the only dissenters.

Both rulings reflect the impact of conservative presidencies and their influence on the Supreme Court. For those who dismiss the power of one’s vote, we see here the poisonous fruit of that mistaken perception. Perhaps there is no greater call to action that having ones’ rights stripped away, and we must be ready to take action against the next steal by the Supreme Court.

Justice Clarence Thomas has just added a frightening footnote to today’s decision, calling to overturn the constitutional rights the court had affirmed for access to contraceptives and LGBTQ rights. This news evokes fear  and anger. The Supreme Court in its current composition, is wielding a minority power over a majority of citizens.

We must demand that Biden pass the judiciary act of 2021 and amend title 28 that allows for the expansion of the Supreme Court, and vote to take the Senate by storm this November.

It is time to take the Supreme Court’s actions personally. How dare they decide for the people what rights we are entitled to have, when their actions tip the scales in favor of racism, sexism, homophobia, and misogyny?

Democratic Women of the Desert is committed to the fight.
We must galvanize our will, project our voices, and support only those political candidates the fully reflect our progressive interests and rights. Women must Stand Up and Fight Back- and so must our allies.