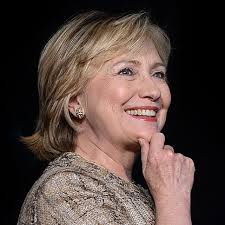 In January of 1937, the Gallup Poll, then in its second year of existence, posed this question: “Would you vote for a woman for president if she was qualified in every other respect?”

Sixty-four percent of Americans said no, 33 percent said yes, and 3 percent had no opinion on the matter.

Some variation of the question would be asked by pollsters for the next eight decades, including during the 2016 campaign cycle, which saw Hillary Clinton become the first woman nominated for president by a major party. Harkening back to the women of Seneca Falls and their Declaration of Sentiments along with the struggles and triumphs of her own mother, Clinton made history this week in a country where women are paid less than men for the same jobs and spousal rape wasn’t illegal in all 50 states until 1993.

The American peopleï’s ideas about a woman’s fitness for office have fluctuated over time. In 1940, three years after Gallup’s initial survey, the question was asked again, this time by People’s Research Center. Respondents were less inclined to vote for a woman: 73 percent said no. Something in the public’s mood, perhaps the specter of world war, seems to have played to the great disadvantage of the hypothetical female president.

By 1945, Americans were more amenable to the idea, although Gallup had changed the question slightly: “If the party whose candidate you most often support nominated a woman for president of the United States, would you vote for her if she seemed best qualified for the job?  Fifty-five percent of Americans still said “no,” but the idea of a party’s approval seemed to make them feel better about a woman. Four years later, in 1949, public opinion was split: 48 percent said they’d vote for a woman, 48 percent said they wouldn’t.

By the mid-aughts, something had shifted, and the numbers of Americans who said they would support a woman for president took a slight dip. The threat of terrorism and the increasing focus on U.S. military engagements abroad, sold with a distinctly masculine tinge by President George W. Bush, may have had something to do with it. But by the time Hillary Clinton’s entrance into a presidential race was recognized as a distinct possibility, public opinion was more open to the idea of a woman in the highest office.

A February 2007 Gallup poll showed that 88 percent of Americans would vote for a woman if their party nominated one. An ABC News/Washington Post poll conducted in late October and early November of 2007 got more specific: “Does the fact that Hillary Clinton would be the first woman president make you more likely to vote for her, less likely to vote for her, or doesn’t it make a difference in your vote?” It made no difference to 75 percent of respondents, made 15 percent more likely to support her, and 10 percent less likely to.

A couple of months earlier, the same poll asked a subgroup of respondents who had said they weren’t likely to support a female nominee what their reasons were. Thirty-one percent didn’t think a woman could do the job, 27 percent thought a man could do it better, and 15 percent didn’t like Clinton.

The public’s perceptions of a woman’s ability to hold the country’s highest office didn’t change in a vacuum, of course. The American woman started thinking differently about herself, and the culture caught on fast. Starting in the 1970s, Virginia Slims cigarettes commissioned a poll on U.S. women that was fielded by Harris & Associates and the Roper Organization; that survey would be conducted for the next three decades, providing a window into our nation’s shifting norms and expectations, particularly those surrounding women.

In one of the first surveys, in 1974, 56 percent of women felt discriminated against in obtaining loans, mortgages and charge accounts in their own names. Sixty percent of women in 1974 said they preferred to stay at home and take care of their families rather than have an outside job; by 1985, 51 percent preferred to have an outside job. This workforce empowerment came at a time when the U.S. was re-thinking once-static social norms, particularly those surrounding sex. In 1974, for instance, 54 percent of women agreed with the statement that “pre-marital sexual intercourse is immoral.” The share was down to 49 percent in 1985 and 46 percent in 1990. By the 1995 survey, the question wasn’t asked anymore.

What stayed consistent was women’s awareness of society’s gender inequities and a continuing hunger, despite improvements to the status of women over the decades, for better treatment by the broader culture. When asked in 1974 how they felt about the statement that to get ahead, “a woman has to be much better at what she does than a man” 44 percent of women strongly agreed. In the 2000 survey, the last one sponsored by Virginia Slims, 56 percent of women felt they were being discriminated against in obtaining top jobs in government, the same share as in 1974. With greater progress has come heightened expectations, a relentless feeling that more must be done.

Clinton’s nomination marks a high point of a slow process of women’s inclusion in U.S. government. Sixteen women served in Congress in 1974. There were 65 in 2000, and 104 hold office there today. In 1973, the year Clinton graduated from Yale Law School, 26 women held statewide elective executive offices. In 1991, the year Ann Richards became governor of Texas, there were 59 women; in 2016, there are 77. The first female governor in the U.S. was Nellie Tayloe Ross, who served as the executive of Wyoming from 1925 to 1927 after winning a special election to fill the role of her deceased husband. Miriam “Maï” Ferguson of Texas and Lurleen Wallace of Alabama would serve largely as political proxies for their former-governor husbands during the 1920s and 1960s, respectively. It wasn’t until 1974 that a woman, Ella Grasso of Connecticut, was elected in her own right, according to the Center for American Women and Politics.

As of 2016, there are 262 women mayors in the U.S.1 and 1,815 women serving in state legislatures. Eighty-four women are in the U.S. House of Representatives, 20 are U.S. senators, seven hold Cabinet-level positions and three are justices on the U.S. Supreme Court.

American women were granted the right to vote 96 years ago.