One congressman this week thought that if women swallow pills, they end up in their vagina. The GOP still knows nothing about female anatomy. 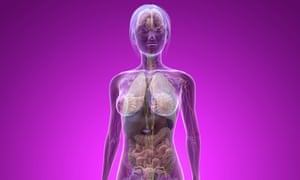 Do Republican men think women are mythical creatures, like unicorns or fairies? It’s the only explanation I can come up with to make sense of the party’s continued insistence that women’s bodies can perform feats of absolute magic.

On Monday, during testimony on a state bill that would ban doctors from using telemedicine to prescribe abortion pills, Idaho Republican Rep Vito Barbieri asked a testifying physician if pregnant women could swallow small cameras so that doctors could “determine what the situation is.”

Dr Julie Madsen, who I imagine must have been suppressing the eyeroll of a lifetime, responded that it couldn’t be done because “when you swallow a pill it would not end up in the vagina.”

Barbieri now says the question was a rhetorical one (that’s the ticket!) but his gaffe reminds us all about just how little Republicans understand about women’s bodies. Though, again, I’m honored that they think we hold such awesome abilities. After all, who could forget then-Rep Todd Akin’s assertion that women who were “legitimately” raped would not get pregnant because  “the female body has ways to try to shut that whole thing down.” Like a superpower! Or Rush Limbaugh’s belief that women’s bodies are so all-powerful that we actually require a birth control pill every time we have sex to keep from getting pregnant. But it doesn’t stop there.

Conservatives apparently also think that women are so magic as to almost be immortal; you see,  of this, in fact, that they’ve been willing to bet our lives on it. It was just four years ago that House Republicans proposed to pass a bill that would have made it legal for hospitals to deny life-saving abortions to women who needed them and even deny them transfer to another hospital willing to perform the procedure. Maybe they just think we have nine lives?

Republicans must think we’re magic, how else do they think we can possibly have all these kids (since we’re not supposed to need or want or get abortions) with no paid maternity leave, no subsidized child care, no livable minimum wage and a culture that thinks we’re supposed to grin and bear it?

Shockingly, all the fairy tale tales conservatives have told themselves about women’s bodies and abilities hasn’t done the Republicans any favors around election time. And despite trainings for Republican candidates to learn how to talk about gender without saying something idiotic about rape or vaginas, Republican men continue to think stupid things about women and women continue to not vote for them.

So please, keep it up, guys. Talk more about what our vaginas can do, or how getting pregnant after rape is a “gift from god.” The more we watch as men who lack basic knowledge of biology and the human reproductive system make laws about what we can do with our own bodies, the more I believe that maybe women really are magic. We take care of our families as Republicans insist we’re “strong” enough to do with less. We battle back against archaic laws and dinosaur politicians. We do things a lot more impressive than swallowing a pill and having it migrate to our vaginas. That’s just weird.