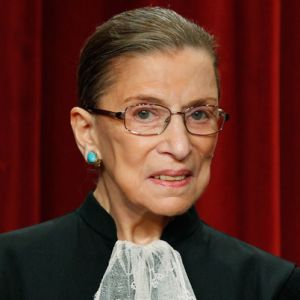 (courtesy of The Huffington Post,  By James Michael Nichols, July 4, 2015)

It’s really no secret that Ruth Bader Ginsberg is kind of a badass. Now, her legacy as a Supreme Court Justice is immortalized in an unexpected way:  a rap parody of the Sugarhill Gang’s iconic “Rapper’s Delight.”

The video comes from Allison Lane, an actress, writer and filmmaker known for her work with “Criminal Minds” (CBS), “Going Down In LA-LA Land” and the upcoming “Kiss Me, Kill Me.” The hilarious “Judges Delight” tribute to RBG is a feature on Lane’s popular YouTube channel called “See You Next Tuesday.”

“When the SCOTUS Marriage Equality ruling came in on Friday, I was so overcome by emotion,”  Lane told The Huffington Post in an email. “It was just so beautiful, this moment of millions of rainbow profiles & #LoveWins and the Rainbow-White House! I saw 2 men in their 80s who finally got married after 54 years together! I saw a toddler jumping for joy when he learned his mommies could finally get married! It felt like a great tide had turned and I was compelled to make a video for my comedy Youtube channel to help celebrate!”

Lane added, “Ruth Bader Ginsburg is actually kind of a bad ass, which is why the internet has termed her the Notorious R.B.G. I thought, what if we have fun with that bad-ass image and make her into a superhero rapper, for real. Then I heard the applesauce that Scalia was spouting in his dissents last week and well, the rap lyrics almost wrote themselves!”

Check out “Judge’s Delight” above and head here for more from Lane.