Next Time Wall Street Needs a Bailout, Remember the Names of These 16 Democrats: 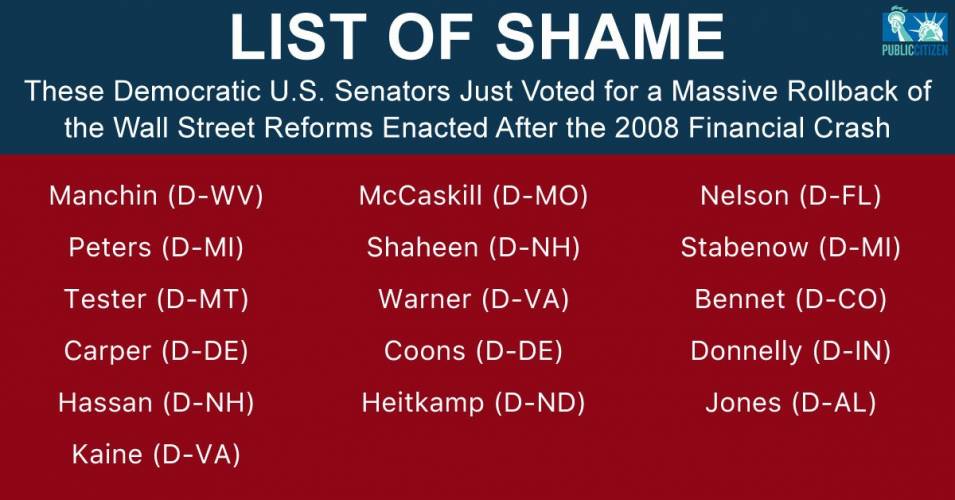 The explanation for the lawmakers’ support for the bill, said Public Citizen, isn’t hard to explain or understand: 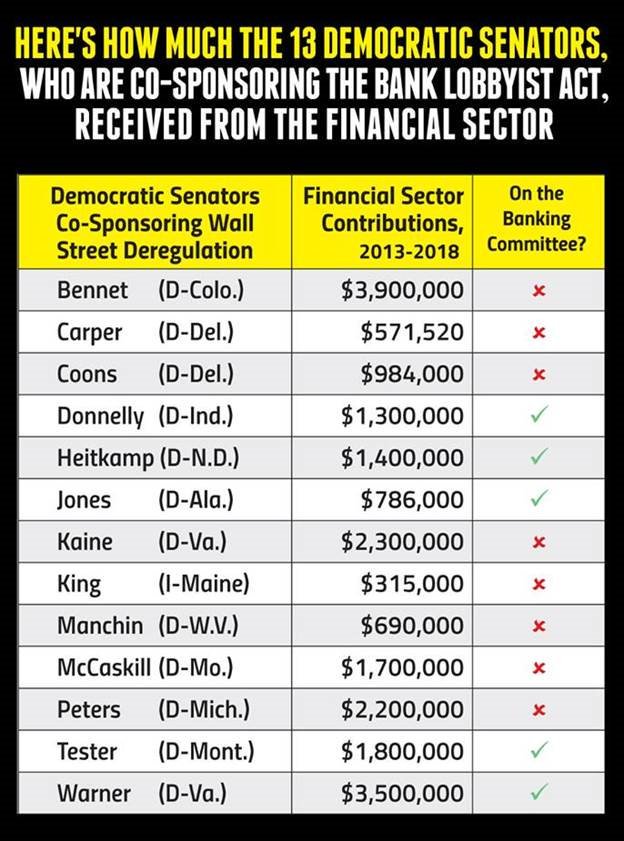 Remember these names the next time Wall Street tanks our economy and taxpayers are left to bail out the Big Banks.”

That was the declaration by the progressive advocacy group Public Citizen late Wednesday after 17 members of the Democratic caucus in the U.S. Senate joined with Republicans to pass a sweeping deregulatory banking bill, derisively referred to as the “Bank Lobbyist Act” by critics.